Today, I am sharing a story with you which Made profound effect on my life , when I heard in childhood. I heard this story about 15 year prior, when I was in school.

How many of you had challenging or difficult childhood ?

How many of you still feel that your present life is not so good or affected because of your difficult or rough childhood ?

Why do you feel so? What is the reason? Your Mother, Your Father, Your Circumstances ? or something else ?

In my view, It’s not your childhood but something else is entirely responsible for your current state, To explain this I have a story of you. This is story of two brothers. At the end of the story you would discover what is that “Something Else” which is core message of the story. 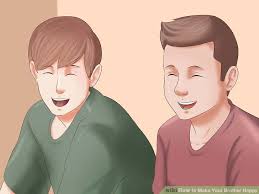 This is story of Two Brothers who were raised in a harsh environment, with an abusive, drunk father who used to beat his kids and wife. He used to rob people for money in order to play gambling, consequently, He spent his most of his life in jail. He was a perfect example of how a father should not be! The life of the two brothers was a nothing less than a nightmare!

Now, lets move to another part of the story.

One day a Reporter was sent to interview a very successful business man, who was not only wealthy but an idealist as well. He was a perfect example of a Philanthropist, a Man of Values. The Reporter was very ecstatic about this opportunity & curios to know about this man. So He reached his city a day prior to have some background search-work about him to make the interview deep & relevant. He did talk to lot of people. He found – People in the Area were praising him for his success & the contribution he has done for the society.

To his surprise, it was revealed that the businessman had a brother who is a petty criminal, living in a bad condition right now. Reporter was amazed as well as confused on this revelation.

Reporter got pretty confused, he thought One brother, a Millionaire, helping people around. Another brother, a Criminal, struggling to live by! How can it be? There must be something behind this!

He decided that sometime later, He would interview this not so good brother as well. But the discussion did not allow him to settle down.

He got baffled, So he rushed to interview of the not so good brother first. He went to see that brother, but He was not willing to talk to him & even he tried to assault him, in order to rob him. Reporter got to know, it’s difficult to talk to this guy. 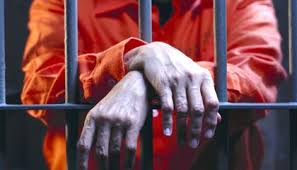 In order to get him into conversation reporter brought a bottle of whisky, and no need to guess, the man consumed it all. And the reporter without missing a chance asked him, “Why you are like living like this?” What made you/provoked you to live like this?”

The bad guy got bit emotional & narrated his story “My childhood was difficult, we were raised in harsh environment with a drunkard, drug addict father, who stole money and sold household things for gambling. He used to assault my mother and us. There wasn’t enough food, proper clothes, no scope for schooling. I had a childhood that nobody should have in their life.

He added – That’s the reason I became like this! He asked “do you feel it’s my mistake?”

“I have become like this because of my father!”

Moved by the story and with watered eyes-reporter said – “I feel sorry for you,” and bid him goodbye.

Reporter reached the magnificent bungalow with garden, vehicles, and many attendants, where lived the business mam.  He was welcomed and offered breakfast. Reporter accepted the kind gesture and began interview with the question. 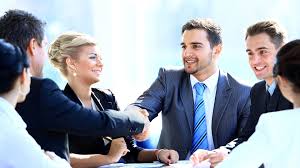 Sir “What was the moment of your life which motivated you to become so successful person?” The person didn’t answer anything. Reporter fired another question “What’s the reason that made you so successful” this brother was not prepared for such question. His eyes got watered & he remained calm for a while.

And guess what, the man narrated the same story i,e “My childhood was difficult, we were raised in harsh environment with a drunkard, drug addict father, who stole money and sold household things for gambling. He used to assault my mother and us. There wasn’t enough food, proper clothes, no scope for schooling. I had a childhood that nobody should have in their life.

He said – “That’s the reason I became successful, that situation motivated me to become what I am today!”

Actually, I have become like this because of my father!

Now Reporter got confused, perplexed more than before, reporter recited the previous incident and said how can it be? I am sure either of you is lying.

This brother smiled calmly and said, both of us have shared the truth with you!There is no another version of truth over here. None of us is lying!

Uncomfortable, reporter asked, how is it possible?

This brother calmly said – Yes, Our Father was abusive, nostalgic & the worst example of a father. He used to beat us, abuse our mother & made a hell out of our lives & people around us. “At that moment, I decided I would not become like this person.”  And my brother did exactly opposite of it. He got influenced by him & Became like Him!

Choose The Right Perspective – I would like to conclude that it’s not the situation, but it’s we who decide what we really want to be in our lives. No matter what happens, We need to be willing to accentuate the positive & learn out of every situation!

The core message of the story  is – No matter how adverse situation can turn in to, it’s up to you! Even in the difficult time you can decide to be a Good One!