Welcome Back to 1Beginner!

Don’t ask Questions, Just follow the Rules, It’s the way it is! Why He is asking so many questions? Don’t he/she understand such simple things? Is He fool, he doesn’t understand that logic? Why He has so many questions? Why he always have to speak? What He wants to show to People? You must have heard such opinions (or made such opinions) about the people who ask questions. Isn’t that True? It’s been observed that people who asked questions are considered Problematic? Why? Because they always challenge the Status Quo! 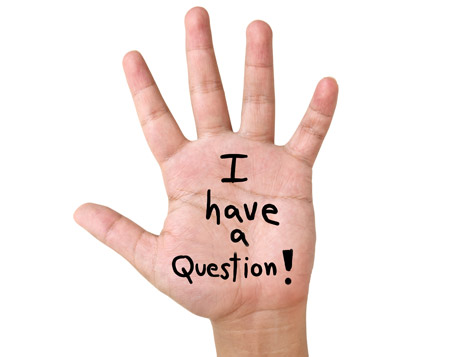 In my view, the one who asks the question is the one who is Curious! & There is a No bigger teacher than Curiosity!

I came from the vernacular background in school (where we hardly used English to communicate) & in my college days, I was not good & confident in English. I used to fumble a bit while speaking. So, I never asked questions publicly but I always used to ask teachers, friends after hours personally to get my query resolved. I don’t know why but I always stopped myself from asking questions, making opinions, answering the queries publicly (due to a fear) to avoid myself appearing a fool. But later when I set the context straight about this and acknowledged the possibility of happening – the Fear, Shame, Resistance got disappeared. I got confident and started asking questions, giving my opinions publicly. But I did hold myself back for about 4-5 years in my college days, hence I am sharing this article to address students or readers who face the same sort of scenario or confusion in their life.

You have a question! So, just raise your hand & ask it. Stop thinking about people or somebody else. Do not let your question get dissolved/disappeared in irrelevant thinking. Your question is more important than anything else. There is no shame in asking questions! You can clarify your doubts, get new ideas, and expand your view by asking questions, you can ask a lot of them. Do not worry about your question. No matter how small, how big or how vague your question can be! Just ask it. Question Is Just A Question! There Is No Thing As Right Question Or Wrong Question! So, don’t overthink, Just Go for It! Ask it!

You know why people do not like the one who ask questions? Because sometimes they don’t have an actual or valid information but they are just posing like outsmart. They pose like they know everything but in reality, they know an only a little bit of it. If you ask them questions, they get uncomfortable! You must always ask questions & get prepared to answer if someone asks you the same. Questions make you uncomfortable? They shake you & People! That’s the best part about them! It challenges your/others existing process, work methods, ideas, and philosophy towards something.

Read my previous article in this reference – Its Okay To Appear As A Fool!

Disclaimer – Yes, there is a disclaimer. Do not ask questions to show your mastery or to impress people! You would end up fooling yourself. I had attended too many seminars, sessions where I have observed a few people behaving this way. They ask unnecessarily & sometimes irrelevant questions to the speaker to show off their knowledge! After a while speaker says- what do you have to say, Is this relevant with today’s discussion! So, at the end making fun of themselves. Do not let that happen to you! Ask questions if that’s genuinely your question, no matter how small or big it is. If you are not clear about the context & you are in a meeting, you can connect with the speaker or that person offline to have one to one conversation & get the issue resolved. It’s not necessary to confuse the crowd and look fuzzy in front of them. The motive is to gain knowledge through questions not showing off the knowledge.

You should never assume! Half or incomplete knowledge is always dangerous, you should never be ashamed of asking questions. You must always think long term, do you want to feel bit uneasy now or get more embarrassed in future when you have walked too ahead & it looks really foolish asking questions at that period, which should have been asked in your childhood.

So, Next time when you have a question, Raise your hand & Ask It! Do not feel ashamed for asking questions, feel that you are a genius. It’s not foolish but being humble to admit you lack the clarity & have a willingness to learn new thing openly & openness always helps! There is nothing wrong in Asking! So, Keep Asking!