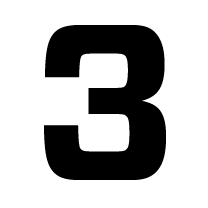 I was talking with my officemate, he was looking pretty excited while we were on a Tea Break. He started sharing business ideas he had in his mind & how it has the potential to go big & create a fortune for him. He was looking very ecstatic, I felt really nice by seeing him on high. Then after a while, he started sharing the problems & darker side, how it’s difficult to get into that business. He lacks capital, time, support, partnership & so on. He was talking in tremendous detail & in a pretty structured way. The systematically he was sharing about difficulties, the idea all of a sudden started looking impossible. The bottom line of the conversation was – He lacks the resources, He doesn’t have what it really needs! I feel with that closure he would give up the idea very soon.

It forced me to think – Why? He was thinking so pessimistic & on the other hand why I am not working on my dreams? Is it Really so difficult to Live the life you desire, Is it so threatening to explore the path you Aspire, is it impossible to chase The dream you want to make a reality? Why? What I am lacking? Why I don’t have the right resources? & what’s really lacking in me? Is it resources? Or something else?

The question kept rumbling on my mind for long while. I kept asking the question again & again to myself! I didn’t get the answer all of sudden. After a while, I discovered a fact through a speech of Tony Robbins, He said – “You don’t lack resources, you lack resourcefulness.”  The thought struck like a bullet. The whole speech moved from within, it was not motivation but a very straightforward talk which made me realize that – waiting for resources, blaming your circumstances, the situation for lack of what you need is just a mere excuse.

So, When I took a deep glance on my existence & took inventory of my thoughts. I discovered the 3 major resources that human beings need to have! Everyone has these resources but their strength/quantum, integrity & sharpness varies from person to person! I call these resources as Muscles. These muscles are in everyone but we need to employ & exercise them in order to sharpen them!  These inner muscles can serve as your major resources, which are your ultimately major needs in the path of your dreams, to unlock the True potential within you!

The 3 Major Resources in include – Courage, Risks & Action! All you need is to exercise & employ them in right & timely manner. If you employ these resources, you can create anything & be anything you want in your life!

I strongly believe – Doubt & Fear are the biggest enemies of Happiness & Successful life! You need to conquer them anyhow in your life. It’s not resources, it’s the doubt & fear of failure holds you back from jumping into the battleground, lack of resources is just a mere excuse. Think excessively about problems & fallacies give birth to doubt & Fear. They not only hold you back but paralyze you as well. They make you die from within, despite you been acting like alive from outside. You might feel you need money, talent, strength, wisdom, resources, support, ideas, and time in your life but I strongly believe you need to have a trait in the Beginning! It is nothing but The Courage! The courage to Begin! The Courage to Jump in spite of doubt & Fear of failure! It’s not the talent, support or anything but lack of courage stops you from taking the leap of Faith! With courage everything is Possible! You would figure it out whatever comes in between your way!

The man of courage is the genuine personality, He is the hero of his own life, and He is the charismatic leader. By having courage He is leading by example. The man of courage always takes risks in all endeavors of life. He always stands behind his word. By standing behind his word, he already has taken a Risk. We got to understand Reward is possibility hidden in the realm of Risks. You just have to discover it. that’s the reason it’s been said No Risk, No Reward! higher the risk, higher the pain, glorious the Reward!

You need to initiate your journey by taking the plunge by utilizing & strengthening your courage muscle. Then you need to experiment, take a calculated risk whenever it’s needed in my life. The courage & Risks needed to be backed by the Action, Not just action but massive Actions. For those who are waiting for the resources, I have an advice for them – if you don’t have resources outside, you have to create them from inside. How can you create them? You can create whatever resources you want by taking Massive Massive Actions. Having resources is like a highway, sort of an easy way but if you don’t have it, that okay, still you can prefer a way which is always open, It’s a bit difficult way. It’s An Action Way! One action creates a way for another action. After each action after action you would realize, Your success is Just one Action Away! Maybe it’s not a milky way but it’s a definite way! Actions create the momentum, It’s the actions that give you wings, your action makes you fly & push you to newer heights. You don’t have to become Superman, you need to be an Action-Man! Take Action, Take immediate action! It’s now or Never!

Life is not a straight line. I do agree to live a great life, fulfilling’s your dreams is a long journey & path full of uncertainties. The successful life is not just a journey, in fact, it’s a discovery. There is no map, no drawn path that would lead to your goals, you have to find your map & carve your own path. If you want something to happen, you make it happen. If you don’t have resources, you become your own resource! It’s all within you!

I strongly believe– With The ability to employ Courage, Risks & Action you can make everything possible for you!